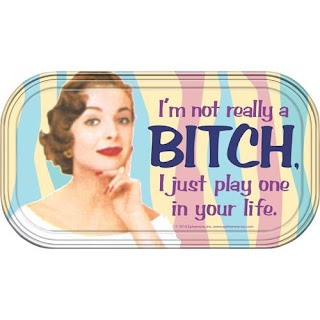 
The Ex’s cooperation in this little scenario was a lot more vital than I realized.


In my own childhood divorce drama the animosity primarily stayed between my mother and father. The new partners were, for the most part left out of the bickering or backstabbing.


Although my mother admitted later that even though she’d never wanted my father back, it stung a little to learn that he was the first to meet someone new.  Mostly because she was so mad at him by the time the divorce was done she just didn’t want to think of him as anything other than lonely and miserable.


Anyhow, she did what any good mother would and she zipped it. She knew that whoever this poor unwitting soul was, she was going to play a vital role in the lives of her children.


She actually felt somewhat relieved to know that there would be a nurturing and stabilising influence around for us kids. Because she was a smarty like that, I was able to embrace my new step-mother and felt deep appreciation for her in my life. I also have a deep appreciation for my mother who put aside her own anguish for my sake.  I guess I expected that every other mother would do the same…wrong-o.


And so, naivete, blind love and good intentions completely skewed my better judgement.  I skipped happily out to the step child’s soccer games and school events holding hands with my yummy DILF early in our relationship. I made friends with the other moms. I set up play dates with friends at school. I was determined to be there for my DILF. Now these things are innocent enough and maybe I was under some delusion that my involvement would ease the ex's mind...wrong again.


Let’s face it, no woman signs up for motherhood with the intention of having another woman raise her children, even part time. These sorts of scenarios can make any ex jealous, angry even.


The angry ex is usually angry because she’s been hurt or betrayed and I get that.  Betrayal sucks, and anger is justified, but most good mothers get over it in time.
But sometimes the ex becomes angry because she is the betrayer, and been caught and turfed out on her butt. In this case, we are dealing with an Evil Ex. In the case of the Evil Ex, even well intentioned involvent such as watching a soccer game may trigger an alchemical reaction likened only to that of the making of a Marvel Comic Super Villain. Super Villains are dangerous. They might try to run over your DILF in her car. They might make a lot of noise in public places. They might attempt to have your DILF committed, or much, much worse, so much worse actually, I won’t even dare to blog it. But the WORST, worst thing a Super Villain Evil Ex will do is involve the children. Making a child choose between two parents and a bonus mom, who just wants to have fun with them and make them happy is... So Not Cool.


So here is my advice: When the Evil-Ex can’t keep her shit together for the well being of her own children, then you must.  You must become the super-stepmother heroin and dig deep into your chest and pull out a big fat chunk of empathy, because only your empathy can neutralize her super villain powers.


Empathy will serve to keep you neutral, and neutral is everything when it comes to your relationship and the well being of those kids.


Empathy will serve you in the eyes of your partner, who only wants peace in his home and stability for his children who are grieving.  He will love you more for staying above any drama the Evil Ex tries to serve up.


It won’t be easy. Practicing empathy for an Evil Ex can feel about as easy as natural child birth.  I wish someone had told me, I would have gone to Buddhist boot camp for empathy sooner. Persevere.  You might need stiches from biting your tongue when you want to retaliate with some choice words of your own.  Alas, I have slipped.  But you will never trump the Evil Ex by playing her game. Transform.  Don your glossy cape and be the Super-Step-mom you were meant to be! OK, I’m being dramatic. Just swill down a big fat helping of suck it up butter-cup and be the peace you want to create in your new family.


Go ahead, hold hands and sing Kumbaya until it hurts.


Your step children will respect you for it and be happier and healthier for it, even if they aren’t allowed to love you for it…yet.

Posted by Manifestation mama at 21:47